Multiple factors contribute to the decision not to take osteoporosis medications, with fear of adverse events topping the list, say researchers in a paper published online in the Journal of the American Pharmacists Association.

Read the rest of this blog on Micha Abeles’ website here.

As a sport, fencing has been around as the art of sword dueling and self-defense since at least around the 1400s and finds its origin story in Spain. Fencing evolved from a military exercise to a sport in the 1700s as spearheaded by Domenico Angelo at his academy, Angelo’s School of Arms. There, Angelo’s family penned all the works on proper footwork, posture, attacks, and defenses in every blade to teach the aristocracy the fashionable new sport.

Today’s versions of fencing are every bit as passionate without quite as much blood, though. The International Fencing Federation (IFE) requires all fencers to dom multiple layers of protective clothing and equipment to ensure safety. In addition to the every stylish knickers, jackets, and masks, fencers are also required to wear a glove, plastron (underarm protector), breastplate, and lame to conduct electricity and determine touches.

Olympic fencing recognizes three blades, each of which has different historical purpose and thus different rules of play. Fencing has appeared at the Olympics starting in 1896 with the inclusion of the sabre, followed by the foil and lastly the epee.

The “starter” blade is the foil, a slender square blade with a compressible tip. Historically, foil fights were to the death, and as such, the “target area” for foil is only the area from waist to neck and inside the shoulders, and only a touch with the point of the blade scores a point. The rules for scoring a touch in foil are many and complex, but most of them boil down to who had the “right of way” to score.

The Epee is a much larger, heavier blade with a guard covering the hand and a compressible tip much like the foils. However, whereas a foil fight was to the death, Epee fights are only to first blood, and as such, the entire body, from the crown of the head to the soles of the shoes, is target area. Epee disregards the tedium of foil’s rules and awards a point to any touch, sometimes to both fencers in the match.

Lastly, the Sabre is the same weight as the foil but employs a slashing technique, as the whole blade is wired to score a touch, not just the tip. For sabre, any area from the waist up is considered target area. This blade is conducive to the quickest movements by the fencers, although similar “right of way” rules to foil apply.

Fencing is a great sport for players of any age. It requires agility, precision, and lightning-fast thinking. Because it’s not a contact sport, anyone can participate, whether you’re a college-aged pro or a grandparent beginner.

Micha Abeles was an all-Ivy League fencer while he was a student at Cornell University. While completing his MD at the State University of New York at Buffalo School of Medicine and Biomedical Sciences, Micha coached the school’s fencing team. 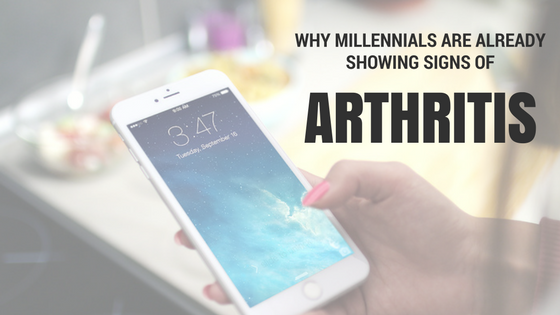 So what’s the cause of millennials getting diagnosed with this condition? It’s a combination of technology usage and excessive workouts that put too much use on their joints.

Fibromyalgia is a rheumatic disease that causes muscle pain, stiffness, and fatigue. People with fibromyalgia commonly experience sleep problems, and a good night’s sleep is hard to come by for people who suffer from it. The pain makes sleeping difficult, and sleep deprivation makes the pain even worse. If you have fibromyalgia, here’s the scientific explanation of how and why the disease affects your sleep. 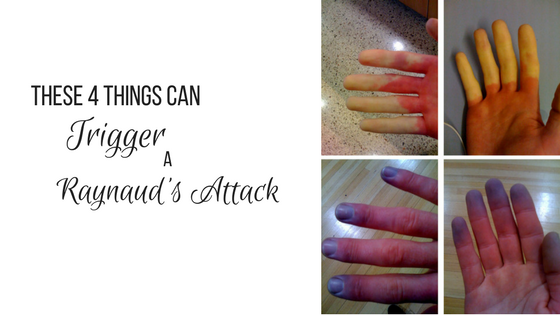 For those who have Raynaud’s disease, you may find that the blood vessels to your fingers and toes tend to overreact to certain situations by limiting blood flow — turning your fingers white or blue! The attack may only last a few minutes, but it leaves your extremities numb and throbbing.

This rheumatic phenomenon has doctors scratching their heads since there’s no known cause. However, there triggers out there that you can avoid to a few things make sure you don’t have an attack.

Arthritis is an autoimmune disorder that targets the lining of  your joints, causing them to become inflamed. There are quite a handful of symptoms for this disease because there are more than 100 different types! Whatever form of arthritis you think you may have, here are the five main symptoms you may want to look out for.

This post was originally featured on Micha Abeles’ blog, michaabeles.com.

The owner of a private practice in Meriden, Connecticut, Dr. Micha Abeles possesses approximately four decades of experience in the medical field and is licensed in New York, Virginia, and Connecticut. Dr. Micha Abeles’ specialty is rheumatology, a field that includes various autoimmune conditions that affect the joints, tendons, muscles as well as multiple other organ systems. One of the many illnesses that this specialty treats is reactive arthritis.

Reactive arthritis occurs due to infections caused by certain bacteria and primarily affects a variety of musculoskeletal areas including fingers, toes, ankles, heels, knees, and lower back. Formerly known as Reiter syndrome, it manifests when bacteria enter the bloodstream through the urogenital or gastrointestinal tracts following sexual contact or the consumption of contaminated or spoiled foods, respectively. Specific factors inducing reactive arthritis vary from patient to patient. It is not clear how the bacteria trigger inflammation.

Most patients with reactive arthritis will experience painful swelling of the ankles, knees, or toes; other common symptoms may include skin rashes or sores and eye inflammation. Additionally, a urinary condition known as urethritis may develop, causing the tube that carries urine from the bladder to become inflamed. Symptoms can range in severity and may come and go for several weeks or months, making early detection difficult. Urinary symptoms tend to appear first in men; women may not experience them at all.

Because reactive arthritis has no cure, treatments target symptom and disease management. Due to the disease’s range of symptoms, patients may need to visit multiple medical professionals, including dermatologists, gynecologists, urologists, and ophthalmologists, with a rheumatologist as their primary doctor. Medications focus on treating infection, managing pain, and reducing inflammation.

Rheumatologist Dr. Micha Abeles manages his own practice in Meriden, Connecticut, and maintains affiliations with numerous medical organizations and associations. Prior to launching his medical career, Dr. Micha Abeles completed a fellowship in rheumatology at the University of Connecticut. The University of Connecticut (UConn) School of Medicine offers a Division of Rheumatic Disease Fellowship.

With 35 years as a physician in private practice in Meriden, Connecticut, Dr. Micha Abeles provides patient care for numerous conditions, including rheumatoid arthritis. In addition to his focus in rheumatology, Dr. Micha Abeles also diagnoses and treats fibromyalgia.

Fibromyalgia, a disorder that involves musculoskeletal pain, affects approximately two percent of the United States population. The pain that individuals experience with fibromyalgia is usually a dull ache that lasts at least three months. This condition generally involves a widespread pain, which is described as above and below the waist as well as on each side of the body.

In addition to pain, fatigue is a common symptom of fibromyalgia. Individuals will typically wake up tired even if they slept an appropriate number of hours. Fatigue can also come about from a lack of sleep caused by sleep apnea, restless leg syndrome, and other sleep disorders that are associated with fibromyalgia.

Dr. Micha Abeles possesses more than four decades of rheumatology experience and manages his own practice in Meriden, Connecticut. A rheumatologist with numerous commendations over the course of his career, Dr. Micha Abeles has been chosen one of Castle Connolly’s America’s Top Doctors® for multiple years in a row.

Castle Connolly’s America’s Top Doctors® celebrates the best doctors in a broad range of disciplines and medical concentrations from across the country. America’s Top Doctors® selects recipients through a rigorous three-phase process that incorporates peer nomination, extensive research, and a careful screening review. More than 50,000 physicians and healthcare executives participate in the nomination process each year.

Once the nomination period closes, Castle Connolly’s physician-led research team gathers information regarding the top doctors for various disciplines and medical concentrations on a regional and national level. Castle Connolly’s research involves communications with an assortment of medical authorities, including leading specialists and chairs of clinical departments.

The research team puts the credentials of all nominees through a rigorous review process that examines factors such as board certifications, medical training, and professional achievements. For more information on Castle Connolly’s America’s Top Doctors® and its selection process, visit castleconnolly.com.

This is a text widget, which allows you to add text or HTML to your sidebar. You can use them to display text, links, images, HTML, or a combination of these. Edit them in the Widget section of the Customizer.